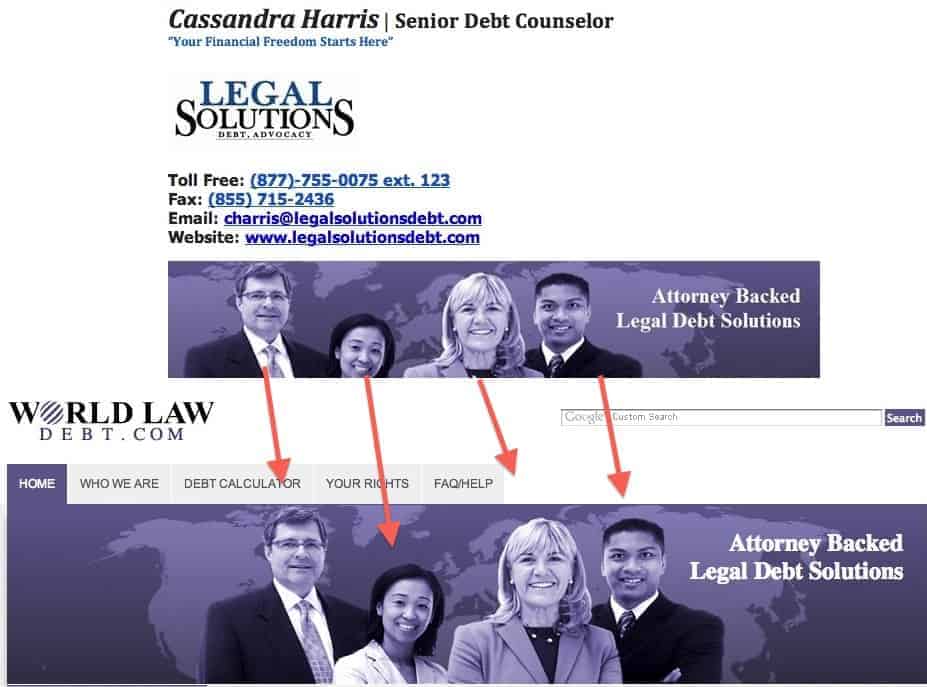 A reader reached out to me and wanted to know more about a mailer they received that claimed to offer a mortgage modification. Additional details were even more surprising.

An amazing reader Sassyfrass send in a new debt relief mailer through my I Buy Junk Mail program.

The mailer is below. As you will notice the inside of the mailer does no identify the sender either. It makes claims that a new fixed interest rate is available and a reduction in the loan balance. 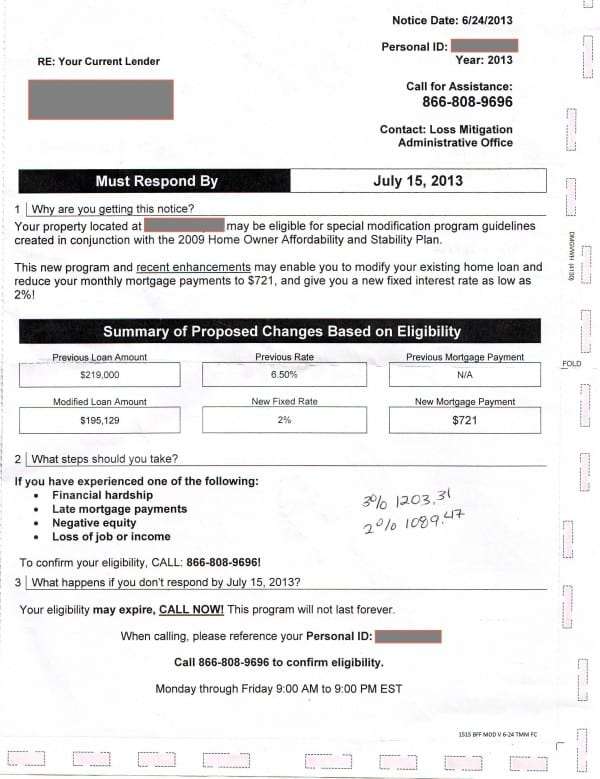 The consumer who received this mailer called the telephone number in the mailer and was connected with a group called Legal Solutions Debt. What is ironic is the header on the email they sent looks surprisingly like the header used by World Law. 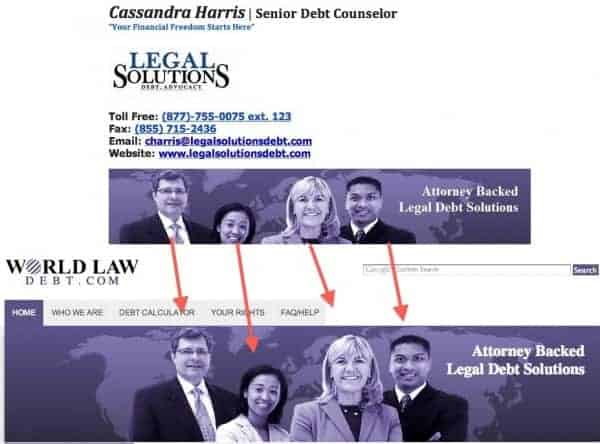 The company also provided additional material that said they were an IRS approved non-profit organization. 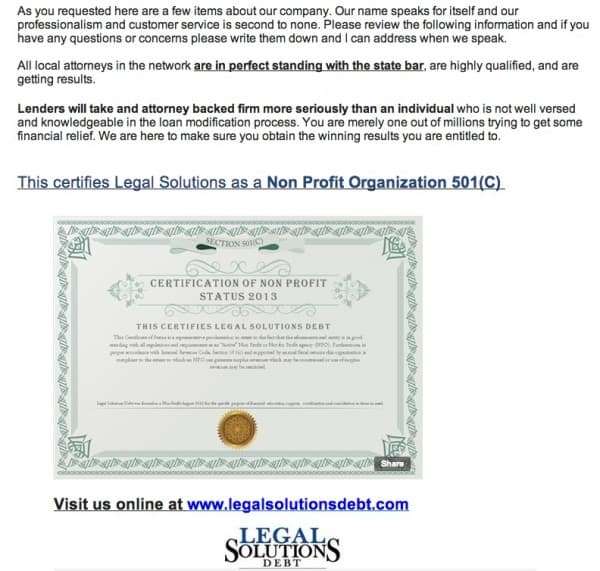 A search of the IRS website could not locate any recognized charity under the name Legal Solutions Debt. Source

Here is what the consumer received from Legal Debt Solutions.

It was a pleasure speaking with you. As stated in our phone conversation, you are entitled to a restructuring of your home loan based on the National Mortgage Settlement below which will bring your interest rate to 2-3% fixed for the life of the loan, as well as a possible principle balance reduction. I have attached the link below to our firm website so you may do your due diligence.

The settlement provides as much as $25 billion in relief to distressed borrowers and direct payments to states and the federal government. It’s the largest multistate settlement since the Tobacco Settlement in 1998.

It’s the largest consumer financial protection settlement in US history.

The agreement settles state and federal investigations finding that the country’s five largest mortgage servicers routinely signed foreclosure related documents outside the presence of a notary public and without really knowing whether the facts they contained were correct. Both of these practices violate the law.

The settlement provides benefits to borrowers in the signing states whose loans are owned by the settling banks as well as to many of the borrowers whose loans they service. Borrowers from Oklahoma will not be eligible for any of the relief directly to homeowners because Oklahoma elected not to join the settlement.

KEY PROVISIONS OF THE SETTLEMENT

Immediate aid to borrowers who are current, but whose mortgages currently exceed their home’s value. Borrowers will be able to refinance at today’s historically low interest rates. Servicers will have to provide up to $3 billion in refinancing relief nationwide.

Payments to borrowers who lost their homes to foreclosure with no requirement to prove financial harm and without having to release private claims against the servicers or the right to participate in the OCC review process. $1.5 billion will be distributed nationwide to eligible borrowers. The National Mortgage Settlement Administrator will mail Notice Letters and Claim Forms in late September through early October 2012 to approximately 2 million borrowers who lost their home due to foreclosure between January 1, 2008 and December 31 2011 and whose loans were serviced by one of the five mortgage servicers that are parties to the settlement.

I will follow up with you when I receive the results. Please call me direct if you have any questions. I look forward to assisting you in putting you in a much better financial position.

I have the results of your eligibility from the underwriting team. Congratulations! You are indeed entitled to a restructuring of your home loan based on the your investor mandated guidelines. Please call me at your earliest convenience so we can go over the results together. I will let you know what you are entitled to, your options, and how to proceed forward.

The fee to be charged the consumer was stated as $3,500 and would be split into payments.

The company is not transparent about where they are actually located. – Source 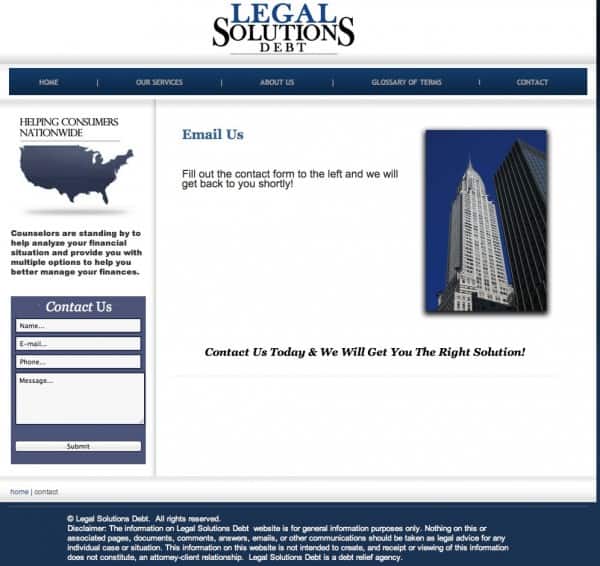 If anyone receives such a mailer and wishes to checkout the company that sent it to them further, see:

Just as an aside, the domain name legalsolutionsdebt.com was registered on April 27, 2012 and the ownership for the domain name is hidden. Again, a lack of transparency.

According to public records, the websites hosted on this server include: 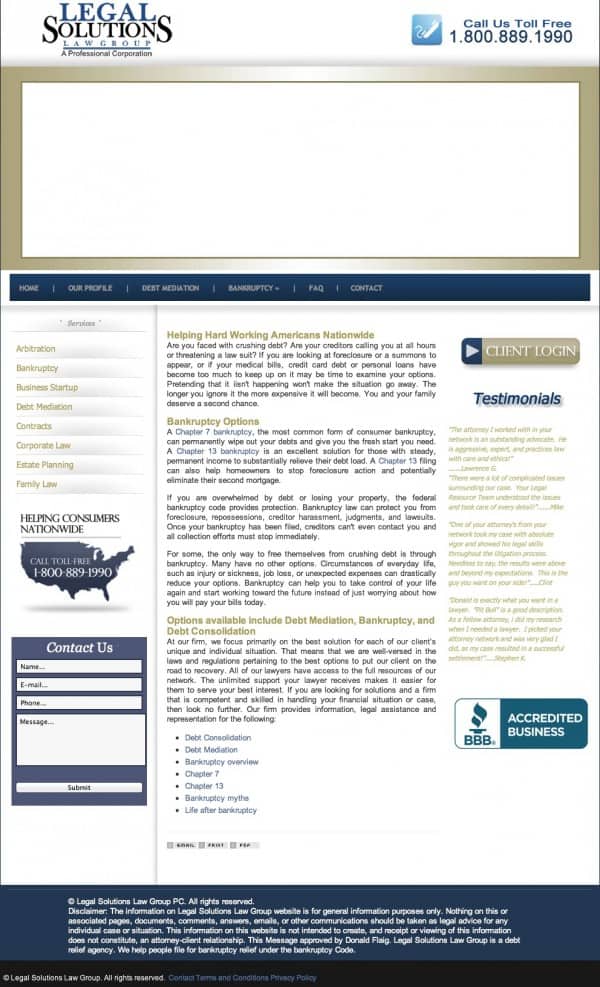 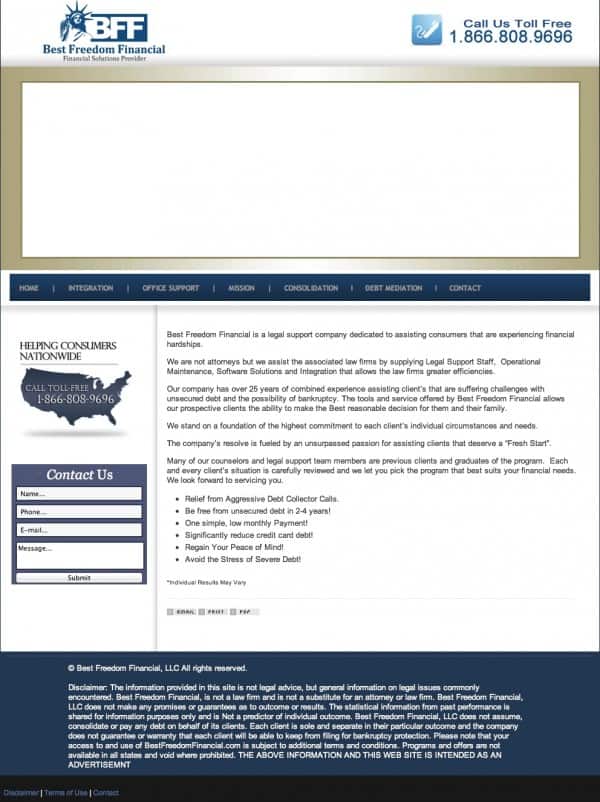 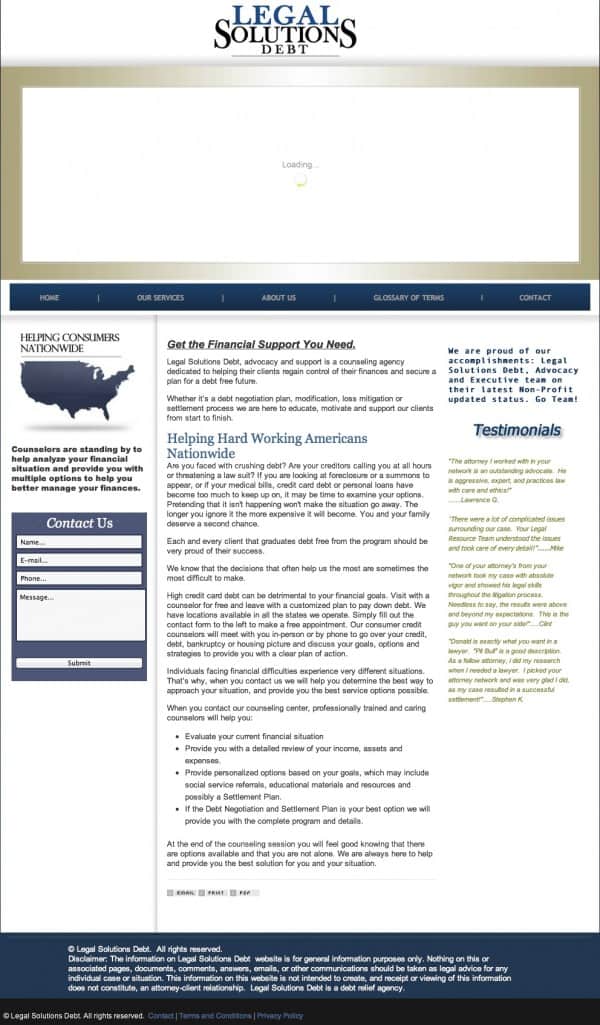 Both Legal Solutions Law Group and Legal Debt Solutions use the same testimonials and site design. 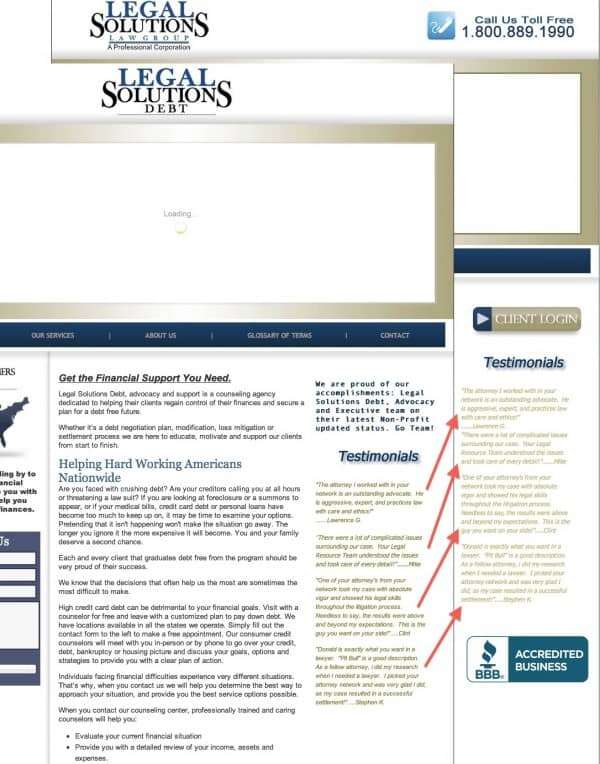 And according to the California Secretary of State a company named Legal Solutions Debt is located at:

The BBB has no listing for a company named Legal Solutions Debt. 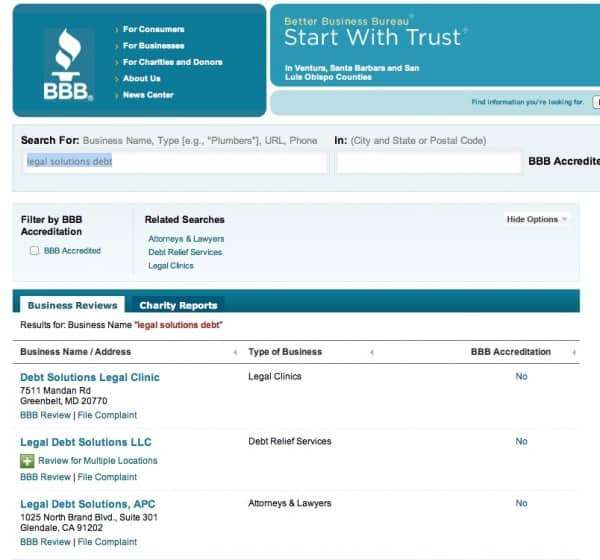 The address provided on the Best Freedom Financial website appears to the a UPS Store mailbox center. – Source 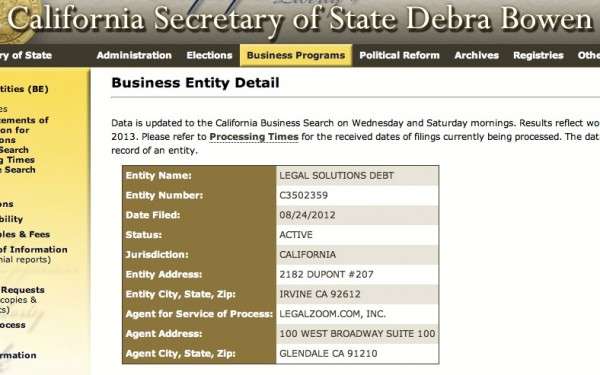