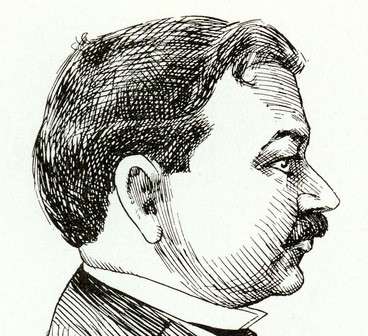 Christy Romero, Special Inspector General for the Troubled Asset Relief Program (SIGTARP), and Preet Bharara, United States Attorney for the Southern District of New York, today announced the unsealing of charges against Ped Abghari, a/k/a “Ted Allen,” Dionysius Fiumano, a/k/a “D,” and Justin Romano for engaging in a mortgage modification scheme that defrauded over 8,000 homeowners in all 50 states out of over $18.5 million, in what is believed to be the largest mortgage modification scheme ever charged.

Christy Romero, Special Inspector General for TARP (SIGTARP), said, “Earlier today, SIGTARP special agents arrested Abghari, Fiumano, and Romano after our investigation with the U.S. Attorney’s Office uncovered an alleged massive, nationwide mortgage modification fraud scheme that purportedly targeted homeowners behind on their mortgage payments who simply wanted help from TARP’s housing program, HAMP. The defendants are alleged to have stolen more than $18.5 million from more than 8,000 struggling homeowners by making empty promises that the homeowners would be preapproved for lower mortgage payments through HAMP. This was all a purported ruse used to trick vulnerable homeowners into paying the defendants thousands of dollars in up-front fees for which zero meaningful work was ever actually done. SIGTARP has aggressively pursued these allegations, working closely with Preet Bharara’s office, to protect homeowners in New York and across our nation from becoming victims of this crime and to bring perpetrators to justice.”

Manhattan U.S. Attorney Preet Bharara said: “As alleged, these defendants preyed on thousands of homeowners struggling to make their mortgage payments and meet their financial obligations. This Office has zero tolerance for those who target and exploit financially vulnerable people, and we will continue to work to hold these and like-minded defendants accountable.”

Ped Abghari was a co-president and owner of an Irvine, Calif., company that offered purported mortgage modification services (the “Telemarketing Firm”). Dionysius Fiumano was a senior manager of the Telemarketing Firm, and was directly responsible for training and overseeing the Firm’s telemarketers and salespeople (the “Sales Staff”). Justin Romano held himself out as the president of two purported law firms (the “Purported Law Firms”), based in in Holbrook, New York, and Sayville, N.Y., respectively, which offered purported mortgage modification services in conjunction with the Telemarketing Firm.

From at least January 2011 through May 2014, through the Telemarketing Firm and the Purported Law Firms, Abghari, Fiumano, and Romano perpetrated a scheme to defraud homeowners in dire financial straits who were seeking relief through HAMP and other mortgage relief programs. Through a series of false and fraudulent representations, the defendants duped thousands of homeowners into paying thousands of dollars each in up-front fees in exchange for little or no service from the defendants or their companies. In total, through their scheme, the defendants obtained over $18.5 million from more than 8,000 victim-homeowners throughout the United States.

As alleged, to perpetrate the scheme, through the Telemarketing Firm, Abghari and Fiumano purchased thousands of “leads,” consisting of the name, address, and other contact information of homeowners who had fallen behind in making mortgage payments on their homes. Thereafter, Abghari and Fiumano caused the Telemarketing Firm to send, by e-mail, false and fraudulent solicitation letters to the homeowners they identified through the “leads,” misleading these homeowners into believing that their mortgages were already under review for a HAMP modification and that new, modified rates had already been contemplated and approved by the homeowners’ lenders.

At the direction of Abghari, Fiumano, and Romano, the Sales Staff called homeowners and/or answered telephone calls from homeowners who received the Telemarketing Firm’s fraudulent solicitations.

The complaint unsealed did have some interesting sections.