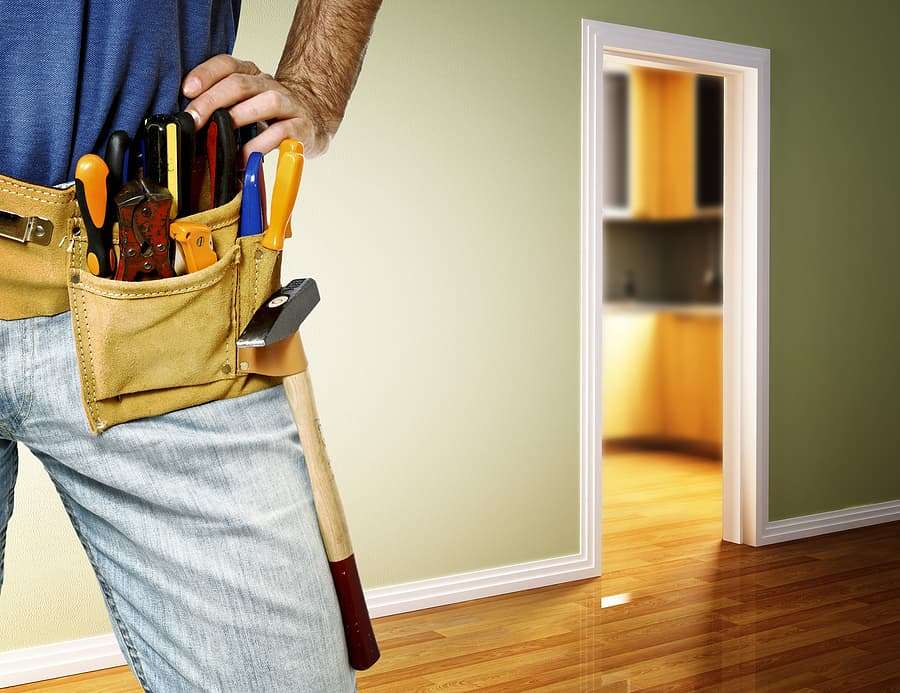 A lovely reader asked me recently how to best budget for a home improvement project. She is in the middle of dealing with the garage addition to her property she wanted to know if early financial surprises in the project would be an indication of later pocketbook misfortune.

Well it turns out I happen to know a very knowledgeable fellow who has experience in dealing with all types of projects, from the small DIY project to building massive apartment developments. I picked up the phone and got together with Craig Ferri, owner of Front Street Construction, and asked for his advice.

Craig said when it comes to renovating an older home, there are often surprises beyond the control of either the homeowner or contractor. Sometimes opening an old wall leads to hidden expenses that could never have been forecasted.

New construction, Craig said, is more controllable when it comes to getting a grip on the cost, but there can still be some surprises.

Having completed some home improvement and renovation projects myself, the entire process is not for those who want ultimate control and must have the project end to the penny of what was first anticipated. That is unless you significantly trim back expectations and budget a contingency amount in the project to prepare for unexpected events.

The reader ran into some early surprises on her project that increased costs. I asked if the best advice is to plan your budget for less than you can afford? “Absolutely, you have to have contingency for just that reason. The builder is going to have contingency in his number too, to cover the things he has done wrong and doesn’t want to tell you he’s done wrong.”

Nobody is perfect so it was refreshing to hear Craig say that even an experienced contractor can run into issues that they have to cover without passing the cost on to the homeowner.

Here is the bonus audio piece for this article. You can hear Craig talking about these issues.


When it comes to starting to get a grip on what the project will actually cost, Craig recommends that you get bids from at least three companies, even if you know the guy that you’ve picked to tackle your renovation. “It’s a good idea to get numbers from other people. Not necessarily to use them. If you are going to use one guy, don’t run a bunch of general contractors through the hassle of something they are not going to build,” Ferri said.

“Don’t necessarily go with the low number. More than likely it’s low because he missed something,” said Craig. “Then you’re going to get at least three people who are comfortable with the price. And then the chances of you being surprised by something unknown is less,” Craig added.

Craig agreed that going into these home improvement and renovation projects is going to eventually lead to a final number other than what was planned, “More than likely it’s not going to be the final number,” he said.

When pressed for a buffer that homeowners should add into their budget, even after deciding on the favored contractor estimate, Craig felt 15% to 20% was a reasonable margin to leave for surprises. “More than likely the number is just going to creep up,” said Ferri.

But before you get all depressed that your budget is going to be shot before you begin, there are ways to help keep the budget under control.

Craig suggested asking the contractors to bid on a guaranteed maximum with a shared savings contract. It’s an approach used in the commercial construction world but it is applicable to home renovation as well. “Everybody agrees on a number and that number includes a contingency line item. The builder shows you up front, here is all of my costs, here’s my overhead, here’s my profit” said Craig. At the end of the project you share the savings. It’s fairly common, and it incentivizes the contractor to do things as cost effectively as possible.

See also  Any Suggestions for Good Budgeting Tools to Dig Out of Debt? - Scott

A homeowner can also ask their contractor to show them the budget they have prepared. “Every contractor, whether they are sophisticated or not they are going to have a chart of accounts, a list of line items. Starting with foundations, slabs, framing, and so on. And they are going to have some budget number associated with that line item. To share that information with you is very fair,” Craig offered.

Where does a homeowner even go to get a ballpark idea of what a project will cost? Well here is one place.

It is also important to have direct and honest communication with your contractor. Everyone needs to be on the same page as far as who has the authority to give the go ahead if and when surprise costs arise. Do you want your contractor to come to you with every little thing? Are you willing to give them some discretionary control? These are things that need to be established from the beginning.

Building that contingency into your overall budget along with good communication seem like the best ways a homeowner can even begin a home renovation or improvement contract with any sort of confidence it will fall into they allocated money on hand.

As a final note, Craig added, any money leftover at the end of a project that had been set aside for unexpected expenses, can be used to make your finishing touches a little more high-end. That’s smart.