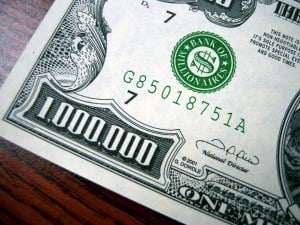 The following legal action by a debt relief industry entity, should serve as a good example of the tie that binds both affiliates and marketers and the company who is providing the service.

Denny Lake, the final individual defendant in a mortgage modification scam aimed at financially strapped homeowners, will be banned from selling debt relief and mortgage-related products and services, and from telemarketing under a court order obtained by the Federal Trade Commission.

The court’s order granting the FTC’s request for summary judgment against Lake on all counts resolves an FTC action brought in April 2015, when the court halted the HOPE Services and HAMP Services scheme that promised consumers help getting their mortgages modified, but instead stole their mortgage payments, leading some to foreclosure and bankruptcy. The court found that Lake, doing business as JD United, Advocacy Department, Advocacy Division, and Advocacy Agency, substantially assisted HOPE Services and HAMP Services, while knowing or consciously avoiding knowing the other defendants were violating the FTC’s Mortgage Assistance Relief Services Rule and its Telemarketing Sales Rule.

The court wrote, “Fraud was the HOPE Defendants’ business model, and Lake knew it. Nonetheless he continued contracting with them, continued to assist them in procuring payments from clients, and continued to refuse to inform customers about the location of their trial payments.” The court found that “no reasonable jury could conclude that Lake did not substantially assist the HOPE Defendants in carrying out their scheme.”

In addition to the banned activities, the order announced today prohibits Lake from making misrepresentations about any products or services, including financial products in particular, and from making unsubstantiated claims about any financial product unless they are non-misleading and based on reliable evidence. He also is barred from profiting from consumers’ personal information and failing to dispose of it properly. The order imposes a judgment of more than $2 million, which represents the amount of bogus mortgage payments consumers paid.

“Defendant Denny Lake claims to have been in the business of assisting distressed homeowners since at least February 2010. He does business as “JD United” and “the Advocacy Program,” and his business model has been to interview homeowners and then file complaints on their behalf with banks, public officials, and other regulatory agencies, in an attempt to get banks to negotiate mortgage modifications for them. The way that Lake would retain clients was in large part by contracting with other businesses whose clients were distressed homeowners and who would refer those homeowners to Lake for Lake’s “advocacy” services. Lake did not market his services directly to homeowners—the affiliates who sent him clients did that themselves. Instead, Lake’s role was to work with banks on the “back end” to help consumers obtain modifications.”

Lake was not a stranger to the mortgage intervention efforts. His name came up in material discovered during a raid. See Mass Joinder Receiver Report States What They Found During Raid.

It appears Lake thought he’d discovered a loophole to get around the MARS Rule against collecting advance fees for mortgage assistance. The court order says, “Despite understanding that advance fees were illegal and that his affiliates were taking them, Lake believed that so long as he was only doing “back-end work”—i.e., not marketing directly to consumers or asking them for advance fees himself—he was shielded from liability under state and federal laws regulating mortgage assistance relief services.”

Apparently Lake is what the FTC would like to call, wrong. Under the MARS Rule, providing substantial assistance that violates the rule will drag you in. The court order addresses this issue and states:

See also  Is The Mortgage Law Group and The Law Firm of Macey, Aleman, and Searns a Scam? They Told Me Not Pay My Mortgage. - Katie