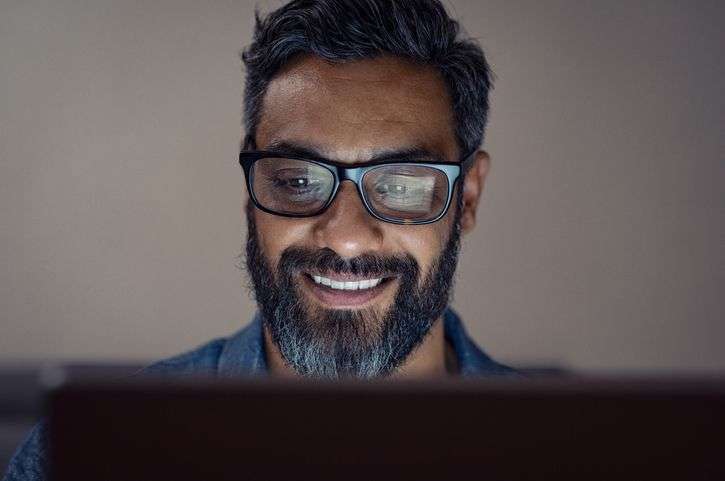 I would bet this case will be appealed because it sets a troubling precedent that allows for the elimination of federal student loans in bankruptcy.

The background is that Kevin Rosenberg graduated with student loan debt that was never going to get repaid.

But here is a deeper dive into the opinion issued by the Court.

“Petitioner began borrowing money to fund his education in August 1993. Supp. Resp., Ex. B (loan history). From 1993 until 1996, Petitioner continued to borrow money to pay for his undergraduate education at the University of Arizona. Id. After obtaining a Bachelor of Arts degree in History, he served in the United States Navy on active duty for five years. Counter-Statement of Mat. Facts ¶ 5, ECF No. 49, Ex. 3. After completing his tour of duty, Petitioner attended Cardozo Law School at Yeshiva University where he applied for and received additional student loans to cover his tuition and board from 2001 through 2004. Supp. Resp., Ex. B (loan history). After graduating from law school, Petitioner consolidated his Student Loan on April 22, 2005 in the original principal amount of $116,464.75. The total outstanding balance of this Student Loan as of November 19, 2019 was $221,385.49 with an interest rate of 3.38% per annum.”

The standard the court typically uses to determine discharge is the Brunner test.

“The test set forth in Brunner is

(1) that the debtor cannot maintain, based on current income and expenses, a “minimal” standard of living for herself and her dependents if forced to repay the loans;

(2) that additional circumstances exist indicating that this state of affairs is likely to persist for a significant portion of the repayment period of the student loans; and

(3) that the debtor has made good faith efforts to repay the loans.”

That standard has been made laughable with Income-Driven repayment plans that will only trap people in marginal payments but never allow them to discharge their debt.

But in this case, the Judge took a different path.

“1. Whether the Petitioner cannot maintain, based on current income and expenses, a “minimal” standard of living for himself and his dependents if forced to repay the loans.

Under the first prong of the test, the Court must determine “that the debtor cannot maintain, based on current income and expenses, a “minimal” standard of living for [him]self and h[is] dependents if forced to repay the loans.” Brunner, 831 F.2d at 396 (emphasis added). It should be noted that the test asks the Court to base its determination as to whether Petitioner can maintain a “minimal” standard of living using only Petitioner’s “current income and expenses.”

Petitioner is not currently in a repayment plan nor is he eligible for one. To become eligible for a monthly repayment plan, Petitioner would have to rehabilitate his loan by agreeing, in writing, “to make nine voluntary, reasonable and affordable monthly payments within 20 days of the due date, and make all nine payments during a period of 10 consecutive months. [Petitioner]’s rehabilitation payment would depend on his current monthly income.” Id. Such an agreement is not currently before the Court. Campbell-Ewald Co. v. Gomez, 136 S. Ct. 663, 672 (2016) (“[A]n unaccepted settlement offer or offer of judgment does not moot a plaintiff’s case.”). And the question of whether the Petitioner could maintain a minimal standard of living while rehabilitating his Student Loan “is appropriately reserved for a case in which it is not hypothetical.”

2. Whether additional circumstances exist indicating that this state of affairs is likely to persist for a significant portion of the repayment period of the student loans?

Next, the Court must consider whether “additional circumstances[5] exist indicating that this state of affairs is likely to persist for a significant portion of the repayment period of the student loans.” Brunner, 831 F.2d at 396 (emphasis added). It should be noted that the Brunner test does not require the Court to make a determination that the Petitioner’s state of affairs are going to persist forever, as ECMC argues was required in the case of Norasteh v. Boston Univ. (In re Norasteh), 311 B.R. 671, 678 (Bankr. S.D.N.Y. 2004). Nor does the test require that the Court make a determination about whether the Petitioner’s “state of affairs” was created by “choice” as ECMC suggests in its papers.

The Court need only consider whether the Petitioner’s present state of affairs is likely to persist “for a significant portion of the repayment period of the [current contractual] student loans.”

3. Whether the debtor has made good faith efforts to repay the loans?

Turning to the third and final prong, the Court must determine whether “the debtor has made good faith efforts to repay the loans.” Brunner, 831 F.2d at 396 (emphasis added). The Brunner test asks the Court to look at whether the Petitioner “has made” good faith efforts to repay the loan, which indicates that the Court should only consider Petitioner’s past (i.e. prepetition) behavior in repaying the loans. It is therefore inappropriate to consider: Petitioner’s reasons for filing bankruptcy; how much debt he has; or whether the Petitioner rejected repayment options. But see Kelly v. Sallie Mae Serv. (In re Kelly), 351 B.R. 45, 54-55 (Bankr. E.D.N.Y. 2006) (concluding debtor failed to show good faith because she rejected consolidation options).

Based on the loan history provided by ECMC, Petitioner missed only 16 payments in the almost 13 years since this Student Loan originated in April 2005. Supp. Resp., ECF No. 58. Ex. E. From April 2005 until April 5, 2015, the loan was in deferment or forbearance. Id. No payments were due and no late fees were charged. See id. at Exs. E & F. Thus, until April 2015—Petitioner was fully current on this debt and no payments were due. Id.

The Petitioner’s Student Loan entered into standard repayment period on October 6, 2016 and the Petitioner made one additional payment of $100 on February 19, 2017. Id. On January 8, 2018, account entered default and was paid in full by the guarantor. Id.

Petitioner made 10 payments, in varying amounts, during the 26 months that the Petitioner was responsible for making payments, which is approximately a 40% rate of payment over a thirteen-year period. Additionally, the Petitioner did not sit back for 20 years but made a good faith effort to repay his Student Loan. He actively called and requested forbearance on at least five separate occasions, all of which were granted by the servicer. See Ex. F.

The Petitioner has demonstrated a good faith effort to repay the loan and has satisfied the “undue hardship” standard of 11 U.S.C. § 523(a)(8).

For the foregoing reasons, Petitioner has satisfied the Brunner test. Based on the foregoing, it is hereby ORDERED that Student Loan imposes an undue hardship on the Petitioner and is discharged.