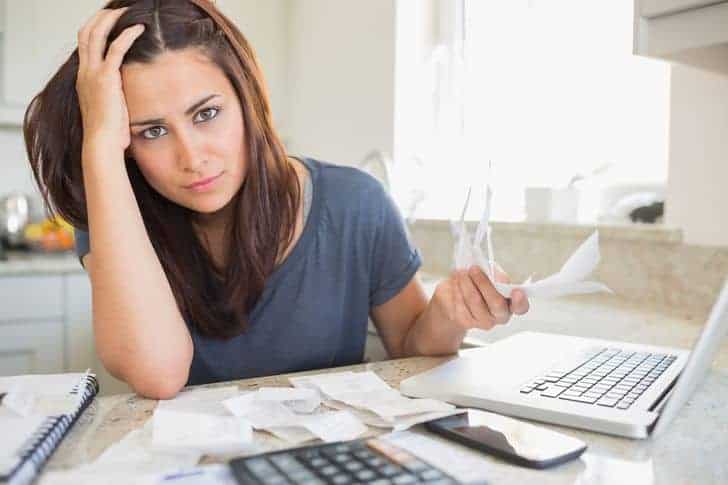 This is a previous study I conducted, but it is still relevant and essential to understanding the relationship between debt and depression.

Nearly half the people who have problems with debt are experiencing symptoms of depression, according to a survey by Myvesta, a nonprofit financial crisis center. The survey found that 49.3 percent of people with problem debt can be classified as depressed. Of those, 39.7 percent report symptoms of severe depression. In addition, studies have shown that 9.5 percent of the general population is clinically depressed.

In August 2001, Myvesta surveyed 136 of its clients whose unsecured debts range from $1,000 to more than $100,000. Their ages range from 21 to 77 years old; incomes range from $6,000 to $165,000 per year. Participants were asked questions about their financial situation and mood states using the Center for Epidemiological Studies Depression Scale (CES-D), an industry-standard for measuring depression. They also were asked about other psychological factors such as social support and optimism.

“Single women are at the greatest risk for depression related to financial problems,” said Steve Rhode. Depression is typically a combination of hopelessness, inadequacy, and other negative emotions and behaviors.

The survey found that 58 percent of women reported mild and significant signs of depression, compared to 36 percent of men. More than six out of ten women said their debt level was very bad, while 46 percent of men described their situation that way. Women think about debt troubles more often than men and feel less competent to solve their problems. More than half of women reported their stress level to be high or very high.

“For women and men, too often financial problems equal depression,” said Rhode. “The survey found that it doesn’t matter how much debt or income a person has. In fact, many of our clients have incomes exceeding $100,000 a year. Depression affects people who have high and low debt and income.”

The survey found that nine out of ten debtors feel stress over their financial situation. Stress is commonly defined as an emotional strain that manifests as fear and/or anxiety. Almost 50 percent of the respondents said debt caused their stress level to be high or very high. Seventy percent of respondents said they think about their debt very often or constantly.

“Depression creates an inability to conquer financial problems,” said Myvesta.org Staff Psychologist Joe James. “People become emotionally paralyzed, which leads to the inability to develop a plan or take action and compounds their financial problems. This is why people who are having money troubles should get extensive professional help as soon as possible.”

At the time of the survey, Myvesta specialized in helping people with the financial and emotional issues surrounding money problems. “We are seeing more and more clients whose financial situations are tangled with a host of other emotional issues. The events of September 11 and a gloomy economic forecast are causing people to be even more worried about their financial future,” Dr. James added. Follow Me
Latest posts by Steve Rhode (see all)
See also  I'm Thinking of Suicide Because of My Student Loans. - John