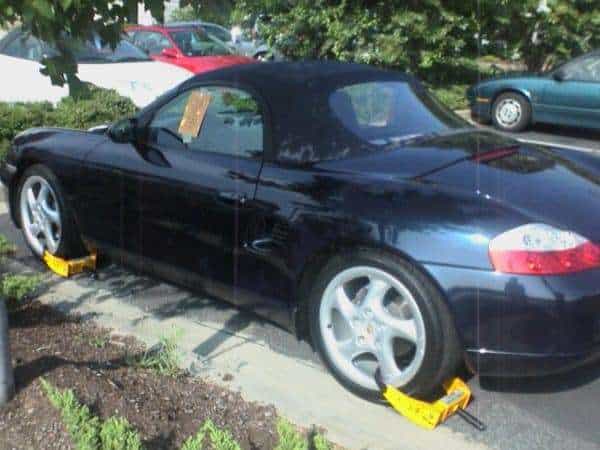 Bristol Crown Court in England had their hands full today when a case involving a nightclub boss that threatened to shoot a debt collector collecting a £4,000 debt owed to the city passed over their desks today.

Nightclub boss, Cam Mu, is being accused of having armed himself with a rifle and kicking Christopher Simcock, bailiff (debt collector) when his Porsche was clamped in his driveway after not paying his debt.

The £4,000 debt owed is for Mu’s negligence to pay his council tax, the equivalent of property tax here in the States; a bill that must be paid monthly to the borough you reside in instead of to the State once a year.

Simcock reportedly visited Mu’s residence three times in an attempt to collect the debt before actually meeting him upon his fourth visit on November 5, 2009 at 7 am. Simcock states that he had a conversation with a man admitting to be Cam Mu about the debt. Mu acknowledged the debt and seemed aware of what he owed. Simcock received the impression that he would not be paid so he proceeded to place a clamp on Mu’s Porsche and BMW X5 in his driveway. Simcock stopped clamping the BMW once Mu explained that his wife would need the car for the daily “school run”.

Mu then allegedly became heated and blocked the Porsche from being clamped and then proclaimed “I’m going to get my rifle and I’m going to shoot you”.

Mu entered the house and returned with a 4ft blue bag which contained his rifle. He reportedly went to the passenger side of the car and stared at Simcock while he pulled the stock of the gun out a few inches from the bag.

Simcock became enraged and shouted “shoot me then” and then called the police. The police advised Simcock to flee the scene but he stayed to try and finish clamping the car. Evidently, while he was attempting to clamp the wheel of a very low to the ground car Mu came up to him and kicked him in the head while he insulted him.

See also  How Can I Get the Debt Collector to Stop Bothering Me?

Once the police arrived a two hour interview took place and Mu denied all accusations pertaining to threatening the bailiff with a gun out and physically assaulting Simcock but that rather he did get heated and tapped Simcock on the shoulder.

The only real movement on the case so far is that Mu’s attorney claims that the Porsche was not owned by Mu himself but rather his brother. The plot thickens…