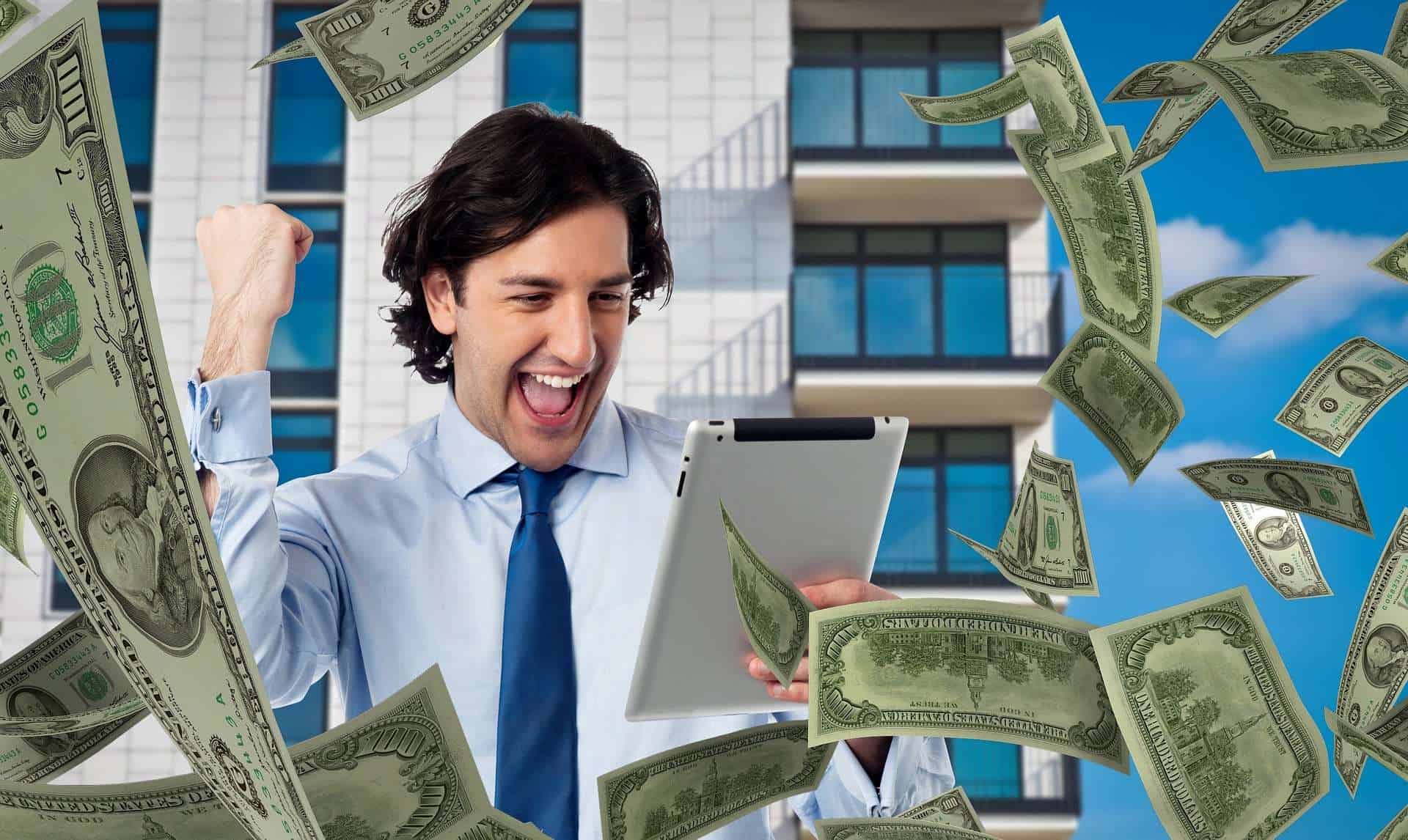 Over the years, I’ve worked with several big lottery winners to help them overcome their subsequent money issues; all had a similar story; winning millions changed their lives but not always for the better.

One client summed it up when she said, “Steve, this money will be gone in twenty years, and I’ll be someone that sat out of work for all that time and who is going to want to hire me then? I’ve got to do something good with this money to help me with the rest of my life.” Her winnings came to about $100,000 a year, not a million-dollar fortune in one shot but not really enough to quit work on and are set for life. She also talked to me about the loss of friends and relationships after winning.

Now some winners handle a sudden fortune with grace, and winning millions can be a blessing but not for everyone.

I spotted this story recently and wanted to share it with you.

In his darkest moments, Jack Whittaker has sometimes wondered if winning the nearly $315 million Powerball game was really worth it.

Jack Whittaker often wonders if he should have just torn up that winning Powerball ticket.

The jackpot that was the stuff of dreams turned into a nightmare: His wife left him, and his drug-addicted granddaughter — his protege and heir — died. He endured constant requests for money.

Almost five years later, Whittaker is left with things money can’t cure: His daughter’s cancer, a long list of indiscretions documented in newspapers and court records, and an inability to trust others.

” I don’t have any friends,” he said in a lengthy interview with The Associated Press. “Every friend that I’ve had, practically, has wanted to borrow money or something, and of course, once they borrow money from you, you can’t be friends anymore.”

Whittaker was a self-made millionaire long before becoming a lottery winner, having built a pipeline business worth $17 million. Then he hit the Powerball in December 2002. It was then the largest single jackpot ever.

He still has plenty of money. And instead of retiring, the 59-year-old starts his day at 5 a.m., juggling ventures in construction, real estate, used-cars, even movies. Work is the last remnant of his old life. Wittaker answers questions

“”Nothing else is normal,”” he said, sounding simultaneously gruff and sad.

His appearance has changed little. His blue eyes still twinkle when he tells a joke, his cowboy boots are worn from wear, and his grin remains toothless. He’s too busy, he says, to pay attention to looks.

Whittaker began working part-time for his father at age 10, pouring cement. At 14, he dropped out of school to work full time. He’s owned some business ever since.

” I was accustomed to making big money and making my own money, and I never could get interested in school again after that.”

By his own estimate, he’s brought water and sewer service to some 100,000 homes and still does some good by providing 200 high-paying jobs.

See also  Does Money And Things Alone Bring You Happiness?

” Probably the lowest-paid man in my construction company is, I’d say, $36 an hour,” he said. “That’s a good wage for any part of West Virginia.”

Whittaker’s family never wanted for anything, and he admits they have long been accustomed to a lifestyle most would consider lavish.

With every change of the seasons, new wardrobes filled their closets. The paint job on one of his granddaughter’s many cars cost $16,000. Even the family’s marble mausoleum towers over nearby grave markers in the hilltop cemetery in Jumping Branch.

But winning the Powerball was a different kind of wealth that brought instant celebrity status.

Whittaker’s struggles with drinking, gambling and philandering became public, and tales of his transgressions were retold with relish.

His home and car were repeatedly burglarized. Thieves broke into his Lincoln Navigator at a strip club and stole a briefcase stuffed with $245,000 in $100 bills and three $100,000 cashier’s checks. The briefcase was later found, with the money.

Whittaker was charged twice with driving while under the influence and repeatedly sued, once by three female casino employees who accused him of assault.

In all, Whittaker says, he’s been involved in 460 legal actions since winning. He recently settled a lawsuit that alleged his bank missed $50,000 in counterfeit checks cashed from his accounts.

Whittaker believes he has been unfairly demonized by the media, which he says exaggerated his problems and helped drive his wife away.

Jack fell in love with Jewell when he was in eighth grade, and she was in seventh. The couple filed divorce papers three years ago but have yet to sign them.

” I don’t know any normal person who could have a marriage with everything that’s been written about me that’s not true,” Whittaker said.

The couple’s daughter, Ginger McMahan, has battled cancer for years. The disease is in remission, though she remains in poor health. Before Powerball, Whittaker and his wife went to church together. These days, he seldom does.

“”It’s just aggravating, you know. People come up and ask you for money all the time, tell you some sob story.”

Whittaker says he hasn’t been stingy. The Jack Whittaker Foundation has spent $23 million building two churches. His family donates food, clothing, and college scholarships to local students, “but all the big work with the foundation is completed,” he said.

Whittaker is also done with boozing — which, on his worst days, involved a fifth of vodka. He says he drank in part because he was worried about granddaughter Brandi Bragg, who shared his independent, headstrong personality and knew from a young age she wanted to run her Paw Paw’s businesses.

” She was going to inherit everything,” Whittaker said. “Everything that we have was built in a way that it went to her on her 21st birthday.”

She never saw that day, dying at 17 after struggling with drug addiction.

Only 14 when Whittaker hit the Powerball, Bragg was in rehab a year later for Oxycontin addiction. Whittaker blames her problems on a kidnapping threat, which led to homeschooling, and her decision to run with an older crowd.

He says he hired sheriff’s deputies to track Bragg, personally hunted down and reported her drug dealers, and repeatedly sent her to rehab.

” It wasn’t two or three months before she was right back on again, same drugs,” he said.

But she wasn’t. Her body was found two weeks later wrapped in a sheet and plastic tarp, hidden in a yard by a boyfriend who panicked when he found her dead.

The state’s autopsy found Bragg had pills and a syringe tucked into her bra and died with cocaine and methadone in her system. But the manner of her death is officially listed as “undetermined.”

” If it would bring my granddaughter back, I’d give it all back,” Whittaker said of his jackpot. “But I can’t get her back, so might as well keep the money, I guess.”

He remains devoted to his employees, despite 11 indictments charging his staff with embezzling from his companies.

” Jack is an incredible man,” said Kathy Shepherd, Whittaker’s administrative assistant for the past year. “People who don’t know him have a lot of negative things to say about him, but if they knew him, they wouldn’t.”

Whittaker has little doubt as to his own legacy.