I received information from a tipster (send in your tips here) in Canada that wanted to share new information about these companies.

The tipster (send in your tips here) said:

“I was amazed at how frequently I was lied to when I spoke with employees from these companies. I can’t remember anyone lying to me that much in one conversation before. In one conversation I was told three times in three different ways that their debt management program would not hurt my credit. In fact, it would “build” my credit.

These claims and numerous others are completely contradicted by their client contracts (I obtained one from each company).

Once I expressed interest in their program and provided my personal information, I had to wait for 30 minutes for their processing department to assess my application and obtain the rates that creditors were offering that day.

Exactly 30 minutes later, the sales guy called me back and provided me with the interest rates that my creditors were offering that day. He urged me to act quickly because creditor “interest rate offers fluctuate with the market.”

I had to refrain from bursting out in laughter. What a load of rubbish. To make maters worse, he claimed that American Express was offering me 0% interest if I signed up for their debt management program that day. I then called American Express, and they told me what I already knew. They do not deal with any for-profit debt management company. The Synergy Debt Group employee’s claim was complete non-sense.”

This tip led me to find two recent article published by these companies by a group in Canada.

Clear Blue Debt Solutions, a company I wrote about before has resurfaced as the target for a very extensive article by a Canadian debt agency.

The article lays out some very worrisome points about this company which appears to be controlled or run by an American company.

The article makes the following statements and allegations:

Here is What I Found on WAV Services Team 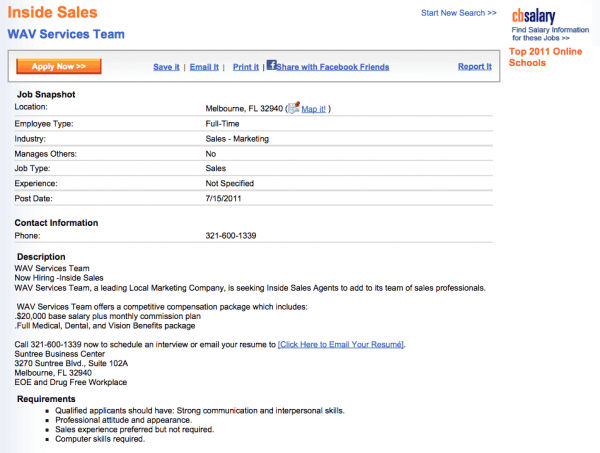 The tipster (send in your tips here) also said:

All of the information that the ex-employee provided to us that we were able to verify checked out. However, I was amazed at how much information current Clear Blue and Synergy employees were willing to share in an attempt to win your confidence and land a sale.

They told me how much money they make. “Counsellors” get $9.62 per hour plus 30% commission if they make their lofty monthly sales targets. One “Counsellor” confided that most of their sales people aren’t making their targets right now.

And if you take the base pay in the employment advertisement and divide it by the number of working hours in a year, 2080, you wind up with $9.62 per hour. The facts seem to match.

WAV Services Team was incorporated in Florida on June 23, 2011 and lists Wayne Walton as the president of the company. – Source

Wayne Walton has been previously linked with Vortex Debt Group and AmeriCorp.

Walton ran another AmeriCorp tied company called Media Mogul at the same address in Melbourne. That company was administratively dissolved because Walton failed to file the necessary annual returns with the State of Florida.

In their corporate filing, WAV Services Team says they are located at:

You will notice that is an entirely different address than they claim in their employment advertisement. The S. Patrick Drive address is actually that of the Regency Business Center. The Suntree Business Center is the address in Melbourne.

But the one thing the two addresses have in common is they appear to be linked on at least one website as virtual business centers. – Source 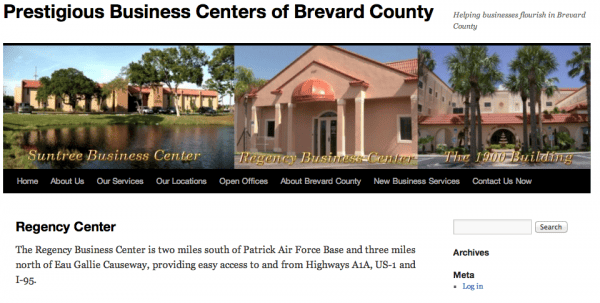 The domain identified with this company is wavteam.com but everything about the ownership of this domain is hidden. The name is reported to have been registered on July 11, 2011. – Source

I’ve also written about this company before, click here.

Another article written by the same Canadian group titled “Synergy Debt Group is Misleading Canadians with False Information” makes the following allegations which link it to Clear Blue Debt Solutions.

It will be interesting to watch how this all unfolds.

25 thoughts on “Clear Blue Debt Solutions and Synergy Debt Group Look Like a Scam. They Are Not Making Friends in Canada.”