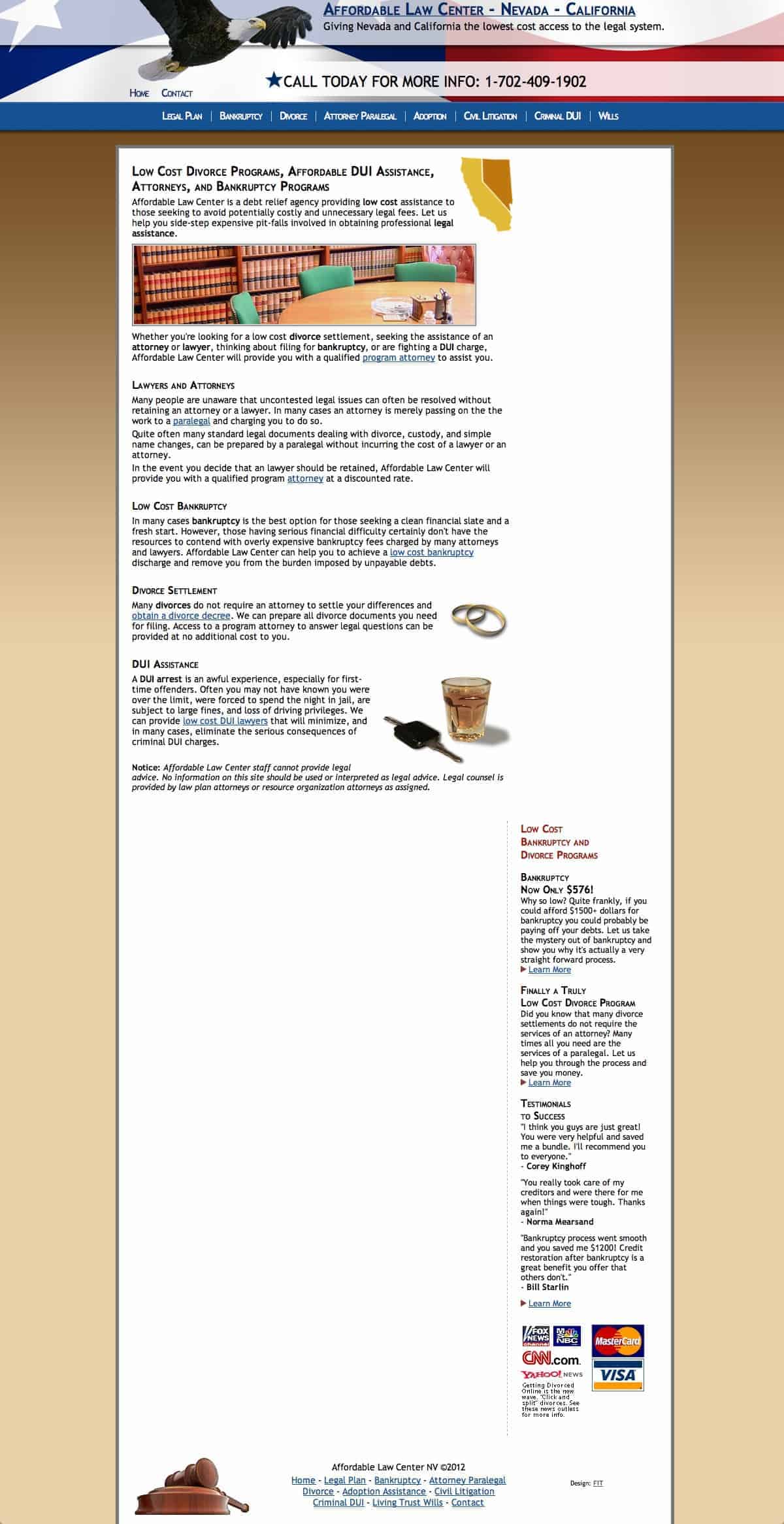 The BBB is warning consumers about Affordable Law Center which claims to offer consumers bankruptcy services at highly competitive rates. Turns out the owner of the company, Ed Jonak, is not a licensed attorney and does he employ counsel admitted to practice law in the U.S. District Court in Minnesota, where bankruptcy proceedings are handled.

“There’s a clear pattern of deception on the part of this company,” said Dana Badgerow, President and CEO of the BBB. “They have advertised themselves as legal experts here and in other states, when in fact they are not. This is a serious matter, and we have adjusted their BBB rating accordingly.”

In addition to Affordable Law Center, Jonak operates or has operated a variety of businesses claiming to offer legal services, including American Lawworx, Christian Discount Attorney Services, Affordable Court Services, Paralegal Center, and Action Plan RX. In recent court filings, Jonak claims to have discontinued operating any of these other companies except for Affordable Law Center, which has been the subject of government actions in Missouri, Colorado and Wisconsin, resulting in the company being permanently enjoined from offering bankruptcy or other legal services to consumers in those jurisdictions. A similar action is pending in the Minnesota federal court.

The St. Louis County Attorney’s Office filed suit against Jonak and his company for practicing law without a license in June of last year. However, the lawsuit was voluntarily dismissed without prejudice, meaning it could be brought forward again.” – Source

It appears Affordable Law Center is saying the now only offer services to people in Nevada and California. The website affordablelawcenter.com is the domain associated with the Minnesota company that was the subject of the BBB warning. – Source