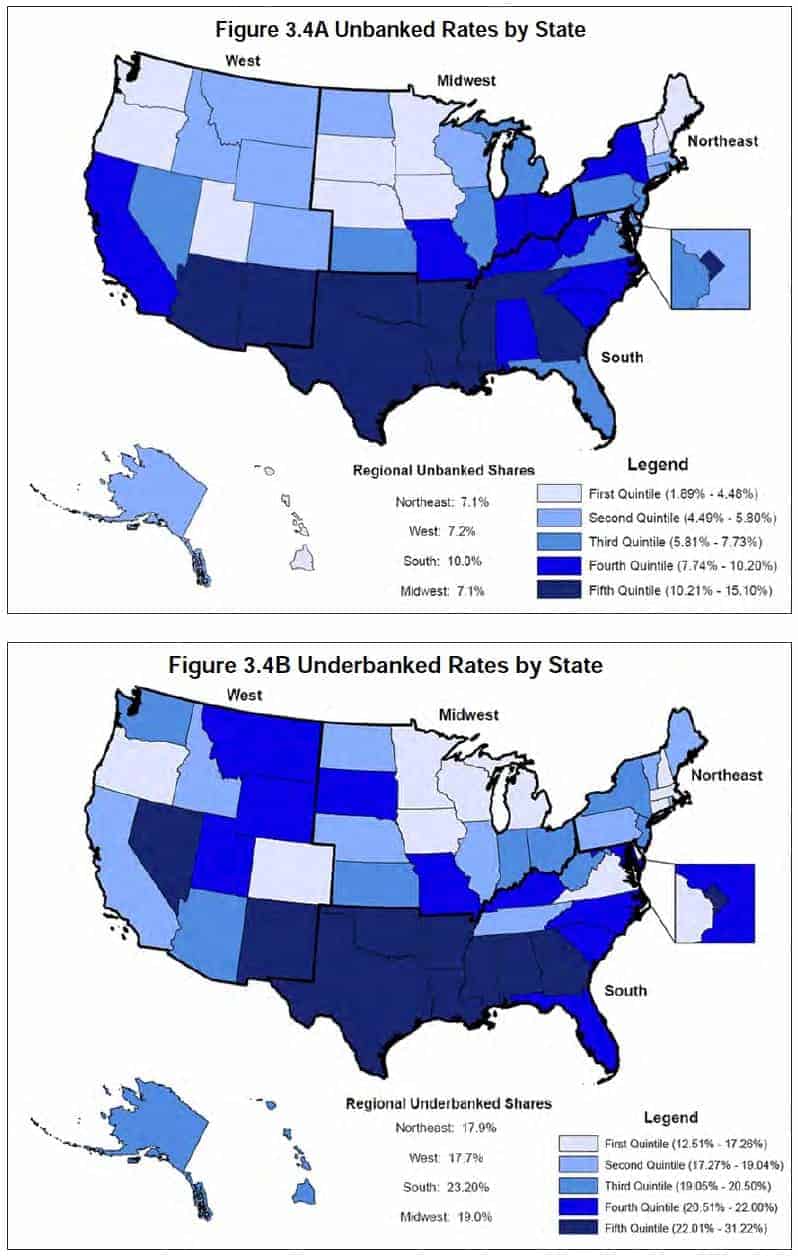 The Federal Deposit Insurance Commission (FDIC) recently released their latest findings on how people deal with managing their money. I’m not talking about high level issues like which mutual fund provides a better return, but like do you have a savings account.

As a consumer debt expert the information is disturbing in two ways for me. First, I can visualize that many of the people who are facing and struggling with debt problems also can exist in a subset of people identified in the survey. Second, while there is a need to help people become better money managers, nearly 30 percent of households don’t even have a savings account. We need a better financial foundation for more people to make sure there is some minimum levels of financial protection.

The survey was conducted in June 2011 from information gathered from 45,000 households. What the survey found was that more than one in four households either don’t have a bank account or have a bank account and used non-bank money orders, non-bank check cashing services, non-bank remittances, payday loans, rent-to-own services, pawn shops, or refund anticipation loans (RALs) in the past 12 months.

The reason this is of special interest to me in the consumer debt world is because those that are stumbling down the financial economic ladder and wind up either unbanked or using payday loan or check cashing services are going to less likely to be able to manage getting out of debt over a long period of time. The lack of a bank account, savings account, and reliance on unbanked services is the recipe for a pending financial mess. With so many people falling into those categories, it significantly shrinks the pool of people that are likely to benefit from debt intervention services, other than seeking protection from creditors under consumer bankruptcy.

In addition, with so many households not having a savings account, and I’m extrapolating, an emergency fund to tap in case of an urgent financial need, too many people are teetering on the edge of near certain financial disaster if they have a serious accident or unexpected financial surprise in their lives. These same people are less likely to succeed in a long-term debt repayment program as well because life, well, happens. It is statistically likely over a three to five year repayment period that some unexpected emergency will arise.

The debt relief industry, which is supposed to help people find ways out of debt, including nonprofit credit counselors, does not routinely screen people for suitability based on if they have a bank account, savings account, or are using alternative financial services before enrolling them into a debt relief program. If debt relief providers were screening for this it might help to give debt relief companies a better idea who might be more likely to succeed with their program and who they may rather direct off the top to first speak with a consumer bankruptcy attorney for a legal second chance and fresh start.

According to the survey results, those people most likely to not have a bank account at all were:

Of those that had used non-bank money orders, non-bank check cashing services, non-bank remittances, payday loans, rent-to-own services, pawn shops, or refund anticipation loans (RALs) in the past 12 months. The segments surveyed that were most likely to fall in this category were: 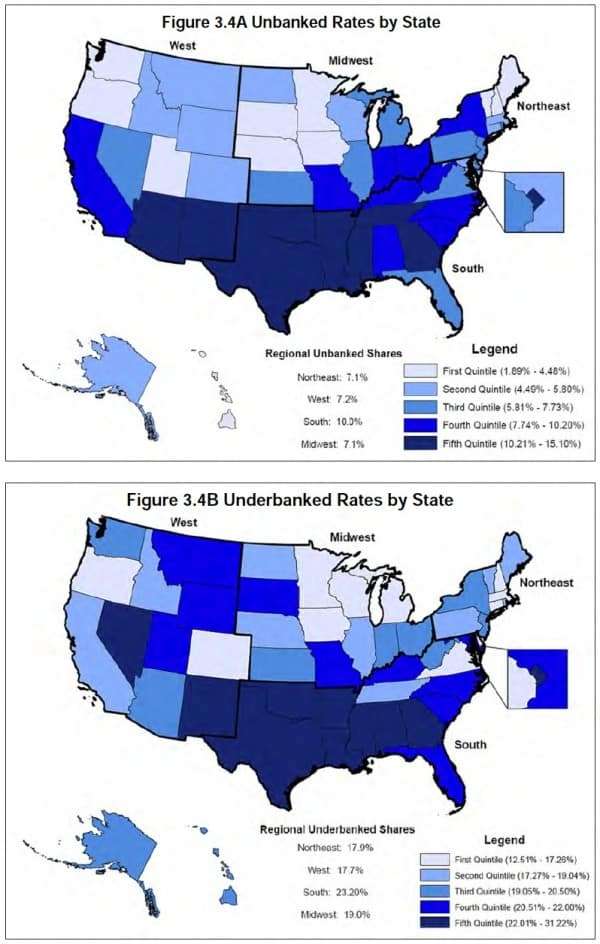 Unbanked household results by race were interesting. The least most likely to have a bank account was Asians, followed by White, Hawaiian, American Indian/Alaskan, Hispanic, and Blacks.

It’s apparent there is a tremendous hole in the financial safety net of the American population as a whole with these survey results. For me it’s both sad and scary.

If you would like to read the full survey results, you can find them here.

1 thought on “Sad Findings Show Americans Suck at Managing Their Money. 1 in 3 Have No Savings Account.”