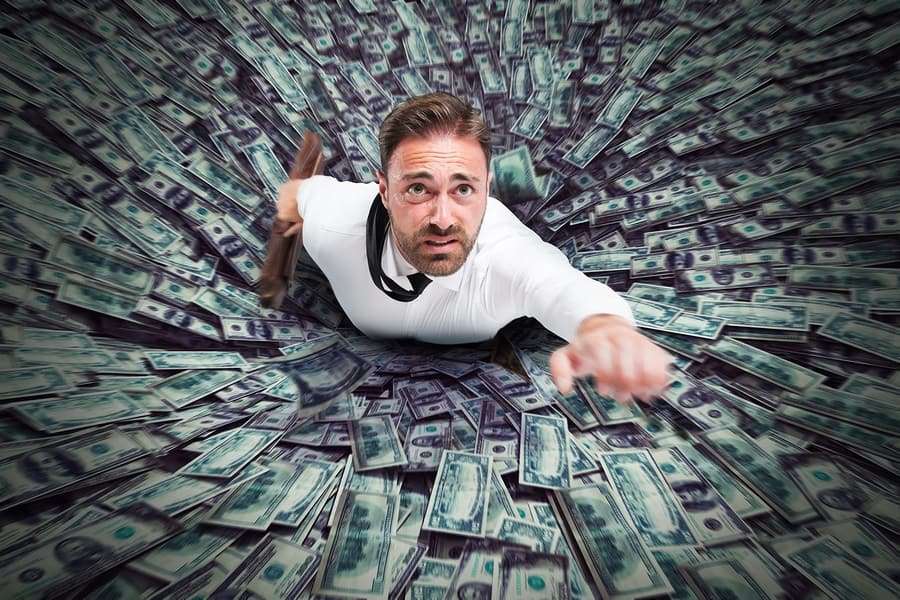 I can’t help but see the incredible irony in the mortgage collapse that many said would never happen, and the student loan bubble.

The collapse created by the student loan bubble is different but just as catastrophic. As the average debt per student loan borrower continues to climb and federal and private student loan debt grows, the consequences of not dealing with this bubble will be as traumatic as the mortgage failure recession.

The worst thing about these big economic bubbles is the data stares us in the face but most don’t see it.

Unlike the subprime mortgage failure that caused the foreclosure rate to explode and massive job loss, the bursting of the student loan bubble will cause more systemic issues.

When this bubble bursts, and it will, it won’t lead to an immediate collapse but a collapse of the United States to excel in a future world economy. A collapse in the student loan market will place real eduction out of reach of many and put a drag on the overall economy as fewer and fewer people will be able to pay for tuition that outpaces inflation.

Without easy access to student loans and a shrinking student base, schools will have to cut costs to bring tuition back inside available lending. Many schools, public and private, will fail. Public schools will fail as long as states continue to cut state funding for education.

It seems the thing we value least, at times, is education and opportunity for all. States cut funding for public colleges, teacher salaries remain flat, and education lotteries are a misnomer. They don’t really benefit education.

Moody’s goes on to say, ” For most tranches, Moody’s projects cash inflows to be less than sufficient to repay the notes by their final maturity.”

Moody’s also says that the quality of these securities will continue to decline if there is “growing borrower usage of deferment, forbearance and IBR.” – Source

But other people are seeing the same things and making the same connections as well when it comes to the issues created by federal loans.

Jack Du said, “Unlike private lenders, the federal government doesn’t check credit records for student loan borrowers. This leads to many uncreditworthy borrowers qualifying for loans and then being saddled with debt indefinitely with little hope of paying it back. This harkens back to the sub-prime housing loans that drove up the housing bubble. Investors should be wary of how much longer these aggressive student loan lending strategies can be sustained.” – Source

Du also observed, “student loan asset-backed securities seem to be a valuable asset to the economy. However, whether this industry can sustain itself will come down to whether enough borrowers can eventually pay their debt obligations and that is looking like a slim prospect.”

For a college student himself, he’s pretty smart.

So the situation we have is easy to access federal student loans are becoming lifelong debt and lead people to problematic income driven repayment programs.

The private student loan industry is a mess with fractionalized SLABS and the hooks into co-signers they most often won’t release.

It’s a bubble and a mess, all at the same time.