Now here is a study that will probably surprise some people. A recent survey by the Aite Group and ACI Worldwide of consumers who experience credit card fraud found some countries are much more at risk of consumers having their credit cards used fraudulently.

As someone who has lived and travelled to many countries outside of the United States, a natural assumption might be that there is a significant risk of using your credit card in some second and third world countries. Apparently that’s not true.

Consumers from Sweden and the Netherlands experience the lowest amount of credit and debit card fraud.

The countries at most risk are Mexico, United States, and India. In the survey, 44 percent of consumers in the United States said they had experienced credit or debit card fraud. 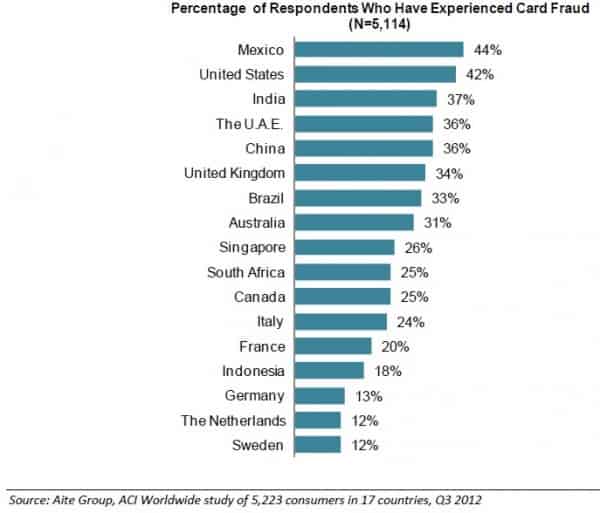 Apparently traveling most places outside of the U.S. places you at significantly less risk for credit card fraud.

Latest posts by Steve Rhode (see all)
See also  What Are My Options With My UK Debts?