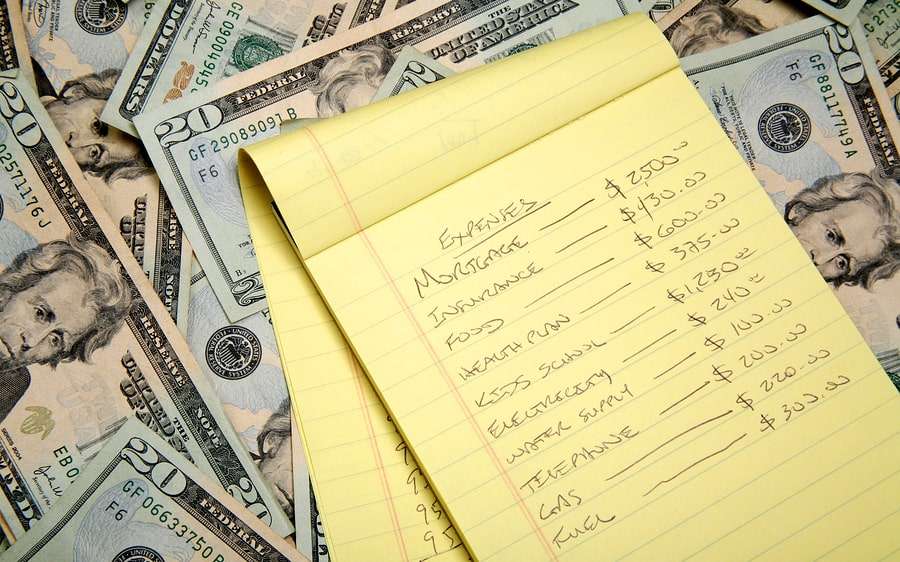 A few weeks ago, an acquaintance asked me about my job, and upon hearing that I write about budgets and credit cards (and such), she had something she wanted to share. She doesn’t like to pay her credit card bills on time, she told me, because it makes her nervous to see her bank balance dip so low afterward.

People tell me random tidbits about their finances all the time, and I know she’s not alone in doing things with her money she knows she shouldn’t. Others are misinformed about things that will help or hurt their credit or overall financial health, which is probably a much bigger problem than people who go out of their way to justify poor habits.

Inspired by this interaction, I asked several people who work in personal finance to share the strange excuses they’ve heard from people when explaining why they can’t or won’t pay their bills on time.

Fear of a Low Balance

There are millions of Americans who legitimately can’t afford their bills, but there’s a difference between not having enough money in your bank account and not wanting to see the balance get smaller after you’ve paid a bill. You may have to pay a fee if your account balance drops below a certain level, and you should avoid that if you can, but skipping a bill could be much more costly. Late fees will add up, and if you forget to make a payment, your credit score will suffer. (You can see how late payments are affecting your credit scores for free on Credit.com.)

No one likes seeing their bank accounts shrink, but if you’re tracking your spending, keeping to a budget and monitoring your accounts for unauthorized activity, you shouldn’t have to worry about account fluctuations. That’s just how the cycle of getting paid and paying bills works.

The Myth of the Credit-Building Balance

This is one most credit experts have heard: Carrying a balance on your credit card will help you build credit.

When using a credit card, the two best things you can do for your credit are pay your bill on time and use a small portion of your available credit (generally less than 30% of your limit, but an even lower credit utilization rate is better). Whether you carry a balance from month to month has no direct impact on your credit score.

However, if you’re carrying a balance and continue to add to it, either with new purchases or with the interest the balance accrues, you could hurt your credit utilization rate and end up hurting your credit. If you can, it’s a good idea to pay your balance on time and in full every month.

Sometimes people just don’t know what they’re getting into when they use credit cards, so when they get a bill they think doesn’t reflect their spending, they balk.

“We run into some people who, regarding credit cards, won’t pay because they’re angry with the high interest rates or they’re angry about the fees,” said John Szalicki of Cambridge Credit Counseling. These people think they’re taking a stand against the credit card company by refusing to pay. “We tell them it doesn’t work like that.”

Some consumers take a similar approach with other financial obligations as well, “protesting” by not paying parking tickets, refusing to pay the utility company they think billed them incorrectly, ignoring payments for student loans taken out for a degree they never earned, and so on. That tactic usually wrecks consumers’ credit, by way of collection accounts and sometimes lawsuits, in addition to costing more with late fees and collection fees.

There are avenues for resolving billing errors, and while they’re often time-consuming or frustrating, using them is a better idea than doing nothing.

Szalicki said he has also seen consumers who don’t understand how interest, finance charges or promotional offers through credit cards work, leaving them stunned and unable to afford the credit card bills they receive.

If you’re using a credit card, you need to know if it has an annual fee, what the interest rate is and what you as a cardholder have to do to hold up your end of the agreement. Otherwise, you could find yourself owing more than you thought.

This is perhaps the worst offender when it comes to excuses for not paying the bills. Thomas Nitzsche of ClearPoint Credit Counseling Solutions asked counselors to share some of the most notable excuses they’ve heard from clients for not being able to pay their bills.

“One client said that doggie daycare was the reason she couldn’t pay her bills,” Nitzsche said. The consumer’s veterinarian had recommended daycare three times a week to socialize the dog, and at $ 50 a day, the costs added up very quickly. It wasn’t something the consumer wanted to give up, despite not being able to afford it.

Deciding what to cut out of a tight budget is difficult, and everyone will prioritize differently, but it’s hard to not shake my head at some of the stories Nitzsche shared with me.

There was the family that spent roughly $ 7,600 each year on trips to Disney World, and despite being in unaffordable credit card debt, they weren’t willing to stop making the trips. These vacations were their family time, which they wanted to continue doing until their kids got too old for it.

Then there was a couple who prioritized their car payments because without the cars, they couldn’t get to work and make the money they need for everything. That’s a fair point, but two months before entering credit counseling, the couple had taken on two new car payments, adding up to several hundred dollars a month. The car payments cost more than their mortgage payment. It was a clear case of wants overtaking needs, Nitzsche said.

Parents making sacrifices for their kids was a common theme, but it seemed people struggled to see the difference between making sacrifices and risking financial ruin for the sake of their children (i.e. falling behind on bills or mortgage payments so the kids could go to private school).

My favorite from Nitzsche’s collection of anecdotes was the binge-before-purge method: “‘I didn’t pay the bills in December because I wanted to have one last good Christmas before I tackle the bills in January.’ … We always see an uptick in January and February of people who put their heads in the sand in December,” Nitzsche said.

All that does is make the road to recovery more challenging, in terms of rebuilding your credit and getting your finances in shape. It may feel good in the moment, but as it is with most excuses, you’ll kick yourself later.