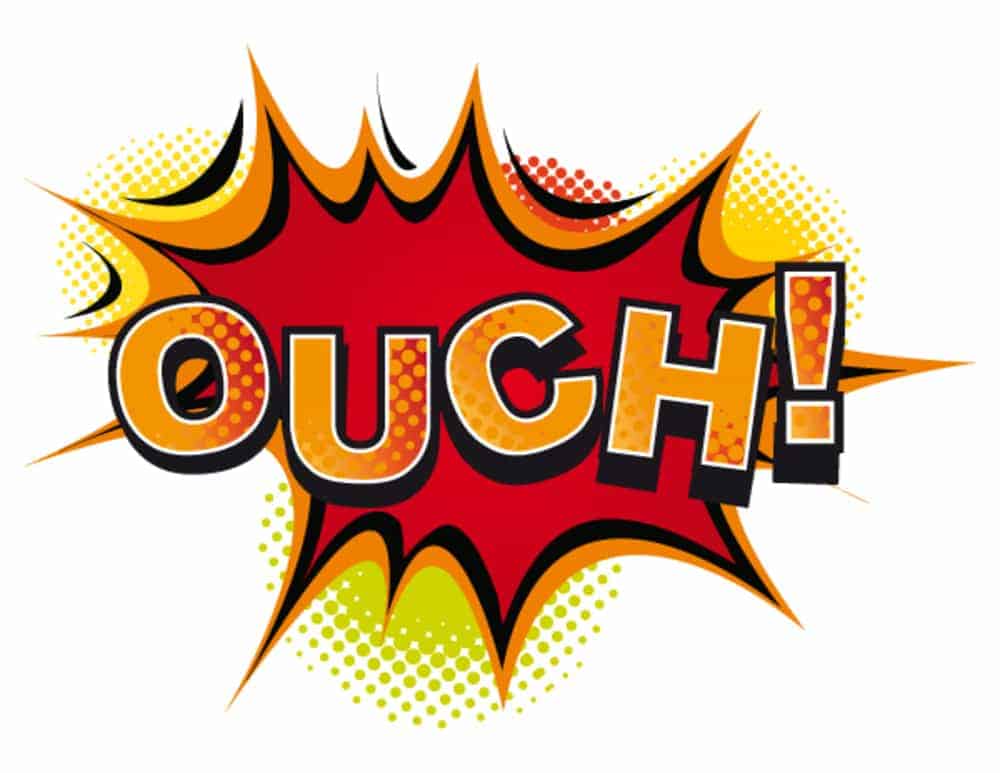 On May 23, 2016 the Federal Trade Commission and State of Florida filed suit against Student Aid Center, Ramiro Moris, and Damien Alvarez. The FTC alleges the Florida based company, shocker, took advantage of consumers.

“Since at least April 2013 through September 2015, Defendants operated an unlawful debt relief enterprise that preyed on consumers’ anxiety about student loan debt by falsely promising to reduce or eliminate that debt. Defendants marketed their services through inbound telemarketing calls from consumers responding to Defendants’ Internet, social media, radio advertising, and through outbound telemarketing calls to consumers who responded to Defendants’ websites. Defendants’ websites enticed consumers with promises like “Get Your Student Loans Forgiven Now!” and “$17,500 in Up Front Forgiveness?” When consumers called for more information, Defendants told them that they were “approved” or “pre-approved” for student loan forgiveness or reduced monthly payments.

Defendants then claimed consumers could receive the loan forgiveness or modification if they paid upfront fees, typically five monthly installments of $199 or more. In fact, government loan forgiveness programs, for which consumers can apply at no cost, have strict requirements that most of Defendants’ customers were not likely to meet.”

“Before August 2015, Defendants maintained several websites to promote their student loan debt relief services, including studentaidcenter.org and studentloanforgivenessplans.org. Defendants’ websites appeared at or among the top of Internet search results when consumers searched for “student loan forgiveness.” For example, Defendants’ studentloanforgivenessplans.org website appeared as a sponsored search result on Google and included a hyperlink titled “Obama Loan Forgiveness,” in which Defendants claimed to provide “Quick Qualification” and “Fast Easy Approval.” Further, Defendants stated consumers can “Qualify for Zero Payment,” and “Get Your Student Loan Forgiven Now”:” 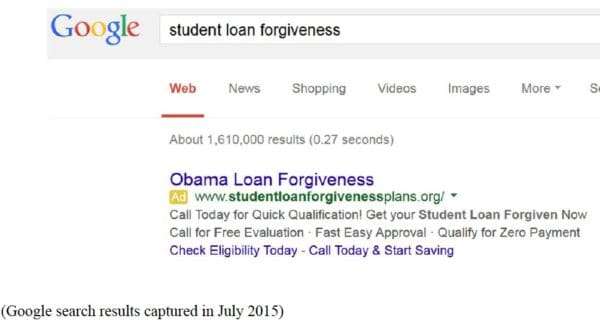 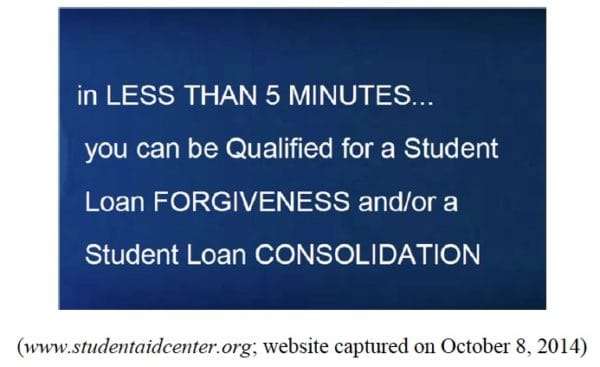 “Defendants’ telemarketers initially told consumers they were “approved” or “preapproved” for student loan forgiveness or reduced monthly payments. Defendants’ telemarketers lured consumers into signing up for Student Aid Center’s debt relief program by promising consumers that their student loan payments would be permanently reduced to a lower amount, often $0. In many such instances, consumers were facially ineligible for immediate loan forgiveness.

In numerous instances, Defendants falsely suggested that Student Aid Center was involved in the student loan forgiveness or modification approval process. For example, Defendants told or implied to consumers that Defendants were affiliated with the consumers’ lenders or ED or had a strong and unique relationship with the consumers’ lender or ED. Neither claim was true. In fact, Defendants were not authorized to, and therefore could not, approve or pre-approve consumers for student loan forgiveness or lower monthly payments because these determinations are made only by ED.

Defendants often failed to adequately disclose material aspects of the loan repayment plans that they pitched to consumers. Specifically, Defendants placed consumers loans in forbearance, often without their knowledge or consent, while consumers made monthly payments to SAC. Defendants also failed to disclose that interest on consumers’ loans continued to accrue while in forbearance, increasing consumers’ financial obligations in many instances.

While Defendants told consumers they were entitled to a 100% money-back guarantee, consumers encountered difficulty requesting and obtaining refunds from Student Aid Center. Often, when consumers requested a refund, Defendants did not provide any refund or they refunded an amount substantially less than what consumers paid. Some consumers obtained a refund only after complaining to the Better Business Bureau or to a state or federal regulatory authority. Further, dissatisfied consumers complained that, rather than issuing refunds after they canceled their enrollment, Defendants threatened to send consumers’ accounts to collection in order to collect the unpaid portion of Defendants’ fees.”

You can Student Aid Center.

The companies are said to have violated the Telemarketing Sales Rule, failed to have disclosed material facts, provided deceptive debt relief services representations in violation of Florida law, and charged unlawful fees for debt management or credit counseling services.